“Cooking” is a term we sometimes use to refer to the deep meditation practice done on week-long retreats, called “sesshin” in Japanese, or “touching/gathering the heart-mind.” I prefer the word “sesshin,” as it refers to the non-cognitive intelligence inherent in all of us, but rarely discussed or cultivated in the busy modern world. “Retreat”sounds too much like an escape, where as a sesshin is an opportunity to deepen and enrich one’s life, and cultivate the ability to face life, rather than avoid or distract from whatever we’re doing or facing, pleasant or unpleasant.

We just completed a five-day sesshin on Sunday (November 6). During a sesshin, sitting meditation is the primary activity of the day, ranging from four to eight hours a day. While that may sound horrific to some, fascinating transformations happen when one dives in to such an experience. Really, meditation, meditative mind, or heart-mind is easy to dwell in. It is the resistance, the mental/emotional distracting and running away that makes the practice difficult, and precisely the issue that a consistent meditation practice can help resolve. So as one cooks, sit after sit, day after day, if one gives up the resistance and distraction, we find that the apparent discomforts that seemed to have so much power just dissipate. From here, other insights can arise, such as shifts in perspective about a person or an issue, clarification about a personal internal issue, and, most importantly, experiencing of what is called “original mind” in Buddhism, what might be described as a universal consciousness that precedes our individual, conditioned consciousness. 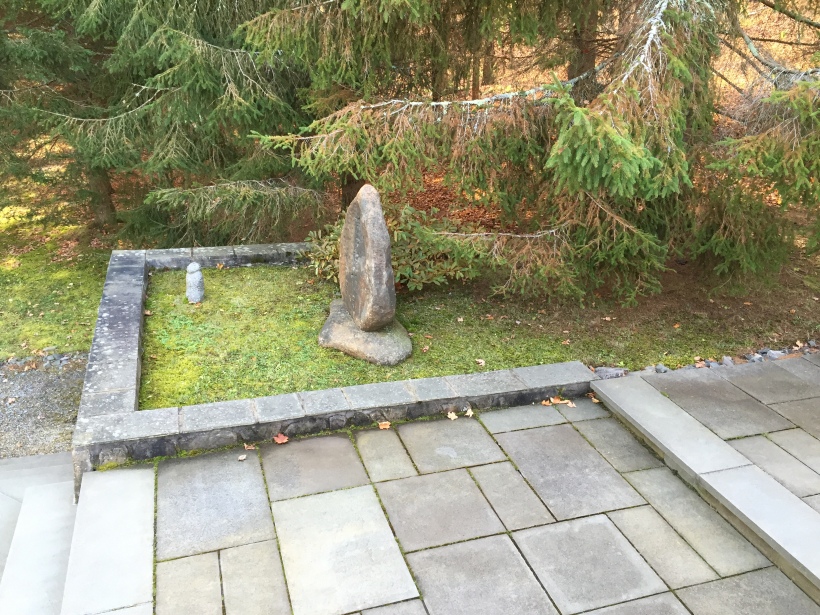 Well, so what? Why bother to do all this? In the Mondo Zen manual, there is a section called “Meditation: Why Bother?” precisely because anyone can engage in a meditation practice, but it has limited meaning if the insights are not integrated in to our minds in a way that supports liberation from our harmful mental, emotional and relationship habits. The point of sesshin is to develop our ability to live from our heart-mind, the one that does not worry or fear, judge or reject, deny or hide; the one that sees clearly, is curious, open and receptive, is patient and compassionate, and chooses to act with wisdom and skill. That sounds like an awesome way to live, right? I encourage you to sign up for a sesshin with Hollow Bones, or Dai Bosatsu. Freedom is closer than you think.

The play on “cooking” is that for this recent five-day retreat, I was assistant to the head cook, a talented and lively woman from Brooklyn who’s dharma name is Rengetsu. We had a lot of backup help from staff and retreat participants through the week, but essentially it was up to us to create three meals a day for nineteen people. Rengetsu had a lot of experience in this role, and I fortunately have a lot of home cooking and some professional experience.

We were in the kitchen most of the time from about 6AM to 9PM every day, so had very little time doing sitting meditation. However, the challenge was to remain as meditative as possible while coming up with meal plans, sometimes improvising on the fly, chopping, stirring, running downstairs to the pantry and walk-in fridge, cleaning all that we used to cook with, serving, over and over. In some cases we followed recipes, and others we were inventing on the spot based on ingredients on hand. Certain dishes were required and had to be made a certain way. Meals were at specific times, and we had to be tight to the schedule so the group could get on to their next activity on time. It was often high speed, intense work, not what one might imagine when thinking of a “meditation retreat.” But blissing out is not the point in Zen; tuning in to what is and moving gracefully with it is.

At times, things didn’t go so well… a dish wasn’t turning out as tasty as imagined, something got overcooked, something else wasn’t going to be done on time. We were tired the whole week, running on about four hours of sleep a night, and on our feet most of the day. But the opportunity to continue to choose to be meditative despite the flurry and pressure and fatigue was remarkable, and an equally important training as sitting in silence. This in some ways is the real practice, the integration of our still and silent heart-mind in to the activity of daily living and our thinking/feeling mind. One thing I treasure about the Buddhist path is the teaching of the Middle Way… balance, being centered, finding the harmonious path that flows. This is the “why bother” of having a meditation practice. Finding this way does not come easy, is not given to us, but is earned. It takes practice, it takes work. But the fruits of the effort are beyond description. I hope you’ll seek to find them for yourself. Delicious meals along the way are nice, too. Bon appetit!